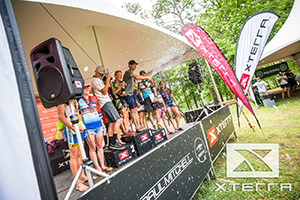 It’s the third straight year Middaugh has won this race and his fifth win in six years on this course. For Paterson, it’s her fourth victory here since 2012, and for both, their first big XTERRA win of 2018.

The two-day event featured more than 350 triathletes and hundreds of trail runners competing in multiple distance trail runs. Together more than 12 countries and 47 U.S. states.

In 2012 OMSP also hosted the ITU Cross Triathlon World Championships as part of the Xterra Southeast Championship. The mountain bike trails at OMSP are considered world class and are a collaborative effort of the Birmingham Urban Mountain Pedlars (BUMP), Shelby County and Oak Mountain State Park.