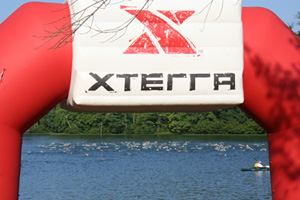 The 2012 ITU Cross Triathlon World Championship and XTERRA Southeast Championship attracted some of the world’s premier off-road triathletes to Oak Mountain State Park for a two-day event with 1,081 participants coming from 18 different countries and 38 different states.

THE COURSE: Thanks in large part to BUMP - the Birmingham Urban Mountain Pedalers, the mountain biking trails at Oak Mountain State Park provided world-class fun for locals and visiting riders for years. 2012 is the seventh year athletes have converged to the heart of the South in Shelby County for the XTERRA Southeast Championship and the first time the International Triathlon Union (ITU) Cross Triathlon World Championship to be held in the United States. Athletes from around the world got the chance to experience these legendary paths for themselves. The largest park in Alabama, Oak Mountain has 52 miles of trails spread among 9,900 lushly forested acres that includes rolling hills, stream crossings and the technical, pine-studded ridges of Double Oak Mountain. The race was a multiple lap course around Double Oak Lake featuring a 1.5km swim, a 30km bike, and 10km run.